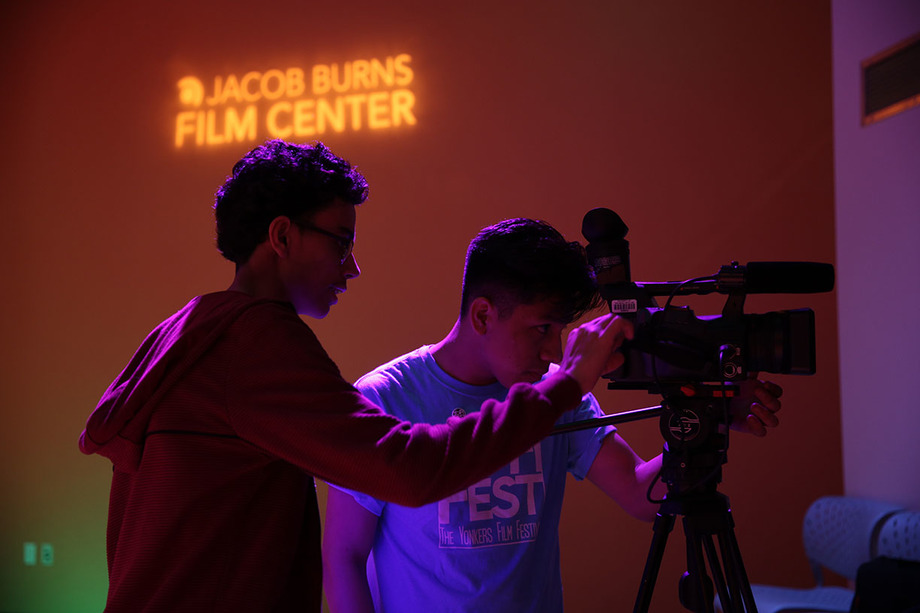 These rules governed this year’s annual Burns Film Challenge, a competition where teams of high school students race against the clock to make a short film in only 24 hours – while including all the prompts listed above. The JBFC provided students with filmmaking equipment and 24-hour access to the Media Arts Lab and its resources.

Four teams were up to the challenge this year, completing a short film in the designated time. All the films were screened for the exhausted filmmakers, and their friends and families, where prizes were awarded to top films.

Films this year ranged from mockumentary horror to quirky fantasies to psychological thrillers. The winning team’s film, Transparent, followed a group of amateur filmmakers trying to find a missing man in what increasingly appears to be a haunted building.

Interested in teen programs at the JBFC? Check out Summer Co-op, a three-week filmmaking immersion for students entering grades 9-12.