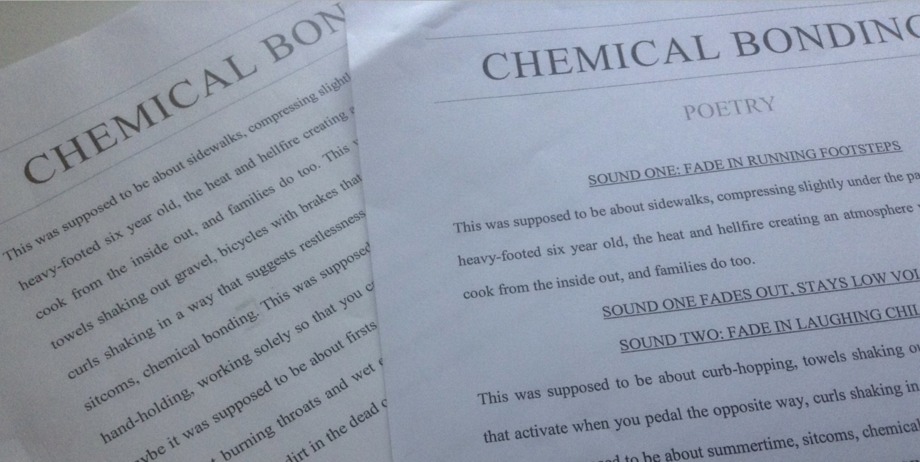 Many students are used to viewing a film uncritically. To them, the techniques filmmakers use appear to be magic and often invisible.

I don’t know exactly when the idea came to me and why it came so late but as a classroom English teacher and writing instructor, I am always trying to hone the craft of my students. Moving writing from cookie cutter sentence structures (better known in my classroom as ho hum) to risk taking dynamic passages is always a challenge. For the past year, I have been using the robust lessons of the Image, Sound, and Story (ISS) curriculum.

Using mentor texts is not new, but I have never paired mentor texts with mentor film clips, unifying the toolbox of a director and a writer in the same space. Though I tell my students “more description and detail needed”, that mantra often went unheeded. Now I say, “think of the clip where we saw a close-up and an extreme close up.”

Thinking like a director, my student Julia, in her excerpt from her short story Cecilia’s Wake, develops movement in narration. Her once ordinary retelling of a group of students attending the wake of a friend now places the reader on the other side of the camera. Julia is not thinking detail; she is playing with the techniques found in the JBFC’s visual glossary of voiceover, close up and extreme close up as she brings the reader closer and closer to Cecilia’s face:

Cecilia was comparable to a bird in her coffin. She was small and frail, with brittle bones And the shadow of wings reflecting off her shoulder pads. She was too gruesome – seeming to be an angel, though she had a look of sincerity and innocence resting on her cheekbones We could see the blue veins in her eyelids, soft but threatening, giving her a look of pure exhaustion…

Weighting, a short experimental narrative film about a couple breaking up, demonstrates a long shot (uninterrupted shots) and the effect of a shaky hand held camera. This three minute clip made visible the techniques of tension and quick pacing. After reading a mentor text and transposing the shaky hand techniques to print, Julia experimented with jumping from image to image in her essay, Chemical Bonding:

This was supposed to be about sidewalks, compressing slightly under the padded, rapid steps of a heavy-footed six year old, the heat and hellfire creating an atmosphere where inanimate things cook from the inside out, and families do too. This was supposed to be about curb hopping, towels shaking out gravel, bicycles with brakes that activate when you pedal the opposite way, curls shaking in a way that suggest restlessness…

The beauty of using film in writing instruction is that it helps students develop layers in their writing and experiment in what I call “genre jumping”. To better understand how sound illuminates ideas, students viewed a scene from the film American Grafitti (ISS 7-8) with and without sound. Predicting the director’s choice of diegetic (unedited sounds in a scene) and non-diegetic sounds, they “jumped genres” and transposed a previous piece of writing into an audio script. Incorporating this added layer of analysis, Julia converted her essay into a poem, ready for a radio production:

Highlighting segments from Baraka, a documentary that spans the globe by visually revealing connections between an array of cultures and people, I was able to visually reinforce universal themes. By stringing together a series of montages, another student, Jessica, framed her poem, Newsworthy in a similar observational documentary style:

The power of pairing texts and clips can have a profound effect. There is no doubt that using Image, Sound and Story is a game changer in writing instruction, moving students from writing words to becoming “Directors of Words”.

Janet Matthews is a National Board Certified teacher and member of the New York State English Council Executive Board. Janet teaches English and Creative Writing at Westlake High School, in the Mt. Pleasant Central School District, where she is also a curriculum leader. For over a decade, Janet has actively been involved in film education at the Jacob Burns Film Center in Pleasantville, NY. There, she was the recipient of a two-year pilot program in Teaching Technology in the Digital Age and is currently part of a high school cohort exploring the film center’s database on Image, Sound, and Story.

Professional development workshops for the Image, Sound, and Story curriculum will be offered for 5-10 grade educators this summer. For full details and to register, visit our website.