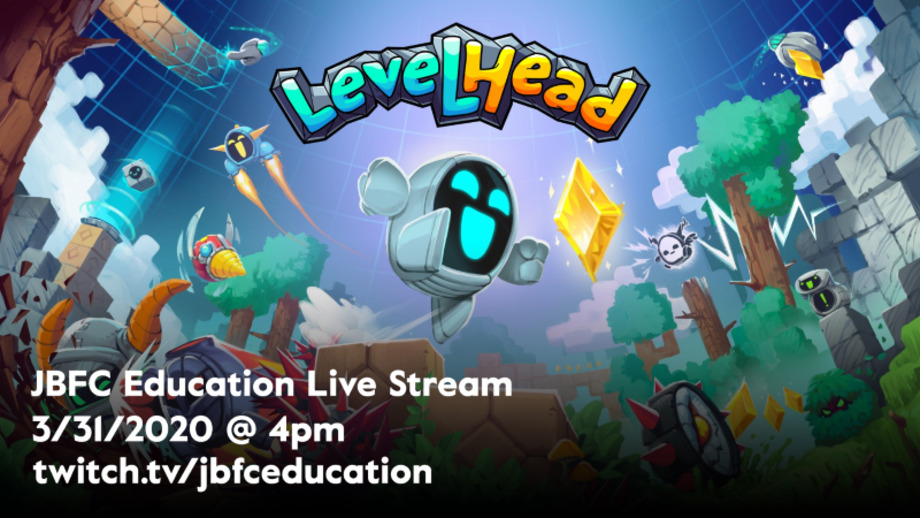 Join us for our first ever education gaming livestream! On Tuesday, March 31, at 4:00 pm, Education Program Manager, Brandon Shenkman, will broadcast gameplay and level design in the Steam Early Access title Levelhead. Come watch and chat live on our Twitch.tv channel as he experiments with game mechanics, creates levels from scratch, and answers chat questions. You do not need to own any games or have a Twitch account to view and participate in the stream!

Curious about the platforms and software we'll be using? Read on to learn more about Twitch, Steam, and Levelhead.