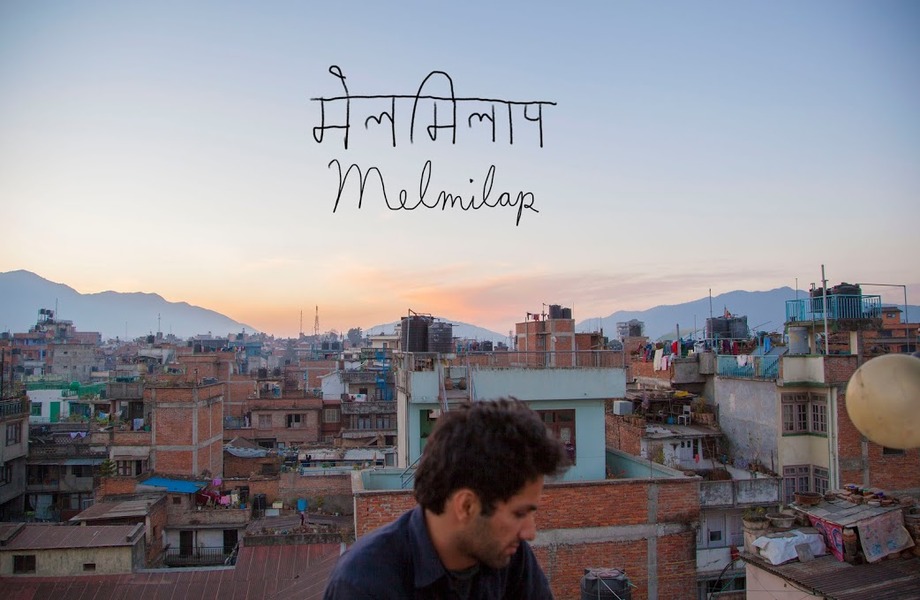 Melmilap is a Nepali word that translates to something like “community closeness and reconciliation;” it’s also the title of the non-fiction film that I have been working on at the Jacob Burns Film Center as part of my Emerging Artist Fellowship. The film recounts my reunion with three college friends in Kathmandu, two of our hometowns, while telling the paralleling story of Nepal’s current political sphere, which is at a very unique time historically. Nepal is in a period of restructuring and reconciliation, building a new government after the overthrowing of an old monarchy and a decade-long Maoist revolution, insurgency and Civil War. The country is also experiencing tensions associated with joining a global capitalist market.

While filming Melmilap, I stayed in Nepal for four months, ending up with over 100 hours of footage from our daily lives, travels, conversations, and interviews. During my fellowship, I have been working on postproduction- editing, structuring, organizing and logging footage as well as translating and transcribing interviews. For the film as a whole, I want to interweave intimate and domestic scenes from cross-cultural friendships with stories of larger countrywide political reconciliation, exploring how these stories and places are experienced differently through the lenses of different people. I will be using hand-drawn animation throughout the film to playfully insert myself and some of my thoughts and emotions as another westerner with a camera in Nepal.

The Valentine and Clark Emerging Artist Fellowship has been an invaluable resource for me to continue work on my project. Having access to equipment and being immersed in a community of filmmakers/film-enthusiasts, I have learned from both experience and observation. I have also been involved with the JBFC as an educator, working most closely with our growing Focus on Nature program, a collaboration with Teatown Lake Reservation. This program combines science and outdoor education with media making. I taught an after-school program called Seasonal Scientists at Brookside School in Ossining in which 18 second graders went outside to a nature trail behind their school and observed the same spot in the woods every week for 12 weeks as winter turned to spring. Our process was quiet observation followed by recording notes in our journals and taking photos, eventually storyboarding and editing them into 9 digital stories complete with music, text, and voice-over narration.

Although my fellowship is coming to an end I am going to keep working at the JBFC and will stay involved with Focus in Nature as it grows. I hope to finish Melmilap in the winter after doing a lot more editing, sound engineering and animation. My next idea for a film is a profile of contrasting views on land use in and around Olympic National Park in Washington State. It’s where the Twilight series was shot and you can find little shops there in the middle of the woods that sell a combination of Twilight memorabilia and Native American crafts.

To learn more about Jon Appel, and to explore more of his work, visit his website.