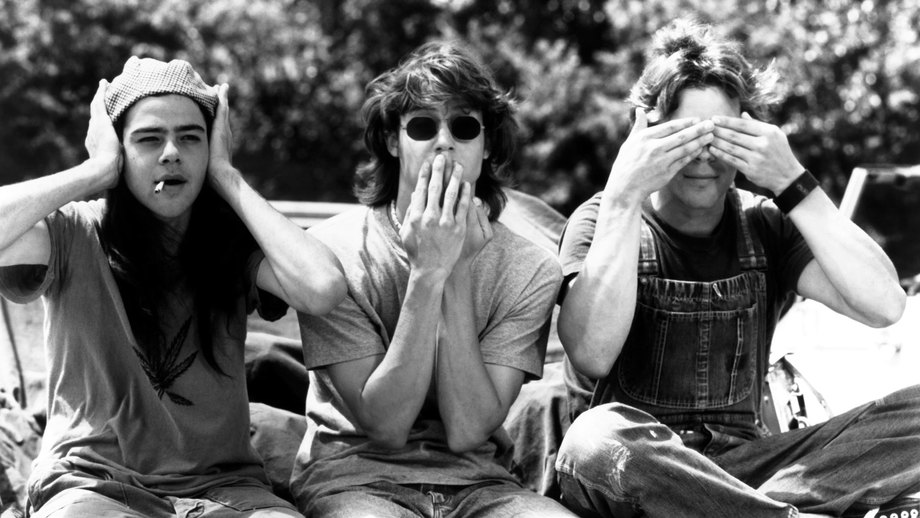 Click HERE to download the permission slip for R-rated films. While the JBFC believes that Dazed and Confused is suitable for viewing and discussion by a high school age audience, we also believe equally strongly that the decision to attend this film and subsequent discussion is one that should be made by you, your child’s parent/guardian. No one under 17 years of age will be permitted to view any R-rated films within the series without a signed permission slip.

Friday Night Films @ The Lab (FNF) is a film series dedicated to local high school students presented by the Jacob Burns Film Center. The program is hosted by a Media Arts Lab Faculty Member, who introduces the film and facilitates a discussion after the screening. This month’s special screening, Richard Linklater’s Dazed and Confused, has been rated R for “pervasive, continuous teen drug and alcohol use and strong language.”

FNF's educational emphasis is on the investigation of works by innovative filmmakers. Richard Linklater’s Dazed and Confused, his second feature, is a quintessential coming-of-age film. After years spent tweaking the screenplay, Linklater parlayed this passion project into a cult hit. A master of temporal constraints, Linklater’s approach to this film is no different. Featuring a stellar ensemble cast—many of whom, such as Ben Affleck and Matthew McConaughey, went on to achieve widespread fame shortly thereafter—Dazed and Confused shines a light on high school students enjoying their last day of school in 1976. Set against the backdrop of Linklater’s beloved hometown of Austin, Texas, the film masterfully conveys a sense of time, place, and character.

Named for the Led Zeppelin song of the same title, the film sought to encapsulate the youth experience in the 1970’s. It pivots effortlessly between every stereotypical high school clique imaginable: the jocks, the geeks, the nerds, the cheerleaders, the stoners, the burnouts, etc., in a way that not only makes the characters feel real, but also weaves a storytelling thread compelling enough to tie them all together. The film grossed less than $8 million at the U.S. box office upon its release, but has only grown in stature since, aided in part by Linklater’s growing reputation. In 2002, Quentin Tarantino named it the 10th best film of all time in a Sight and Sound poll, and the film ranks highly on Entertainment Weekly’s “Top 50 Cult Films,” “50 Best High School Movies,” and “Funniest Movies of the Past 25 Years” lists. The film received the “Star of Texas” award from the Texas Film Hall of Fame in 2013, and Linklater went on to release the film’s “spiritual sequel” last year in Everybody Wants Some!!, which depicts a college baseball team during three days of freshman orientation. Join us for this spectacular character study, and come learn why Dazed and Confused is one of the most quotable films ever made.

Click HERE for more information on Friday Night Films @ The Lab & be sure to join our FACEBOOK GROUP.

As a bonus, feel free to download and save this Dazed and Confused graphic quote, designed by the JBFC's Art Department and as seen on our Instagram account!