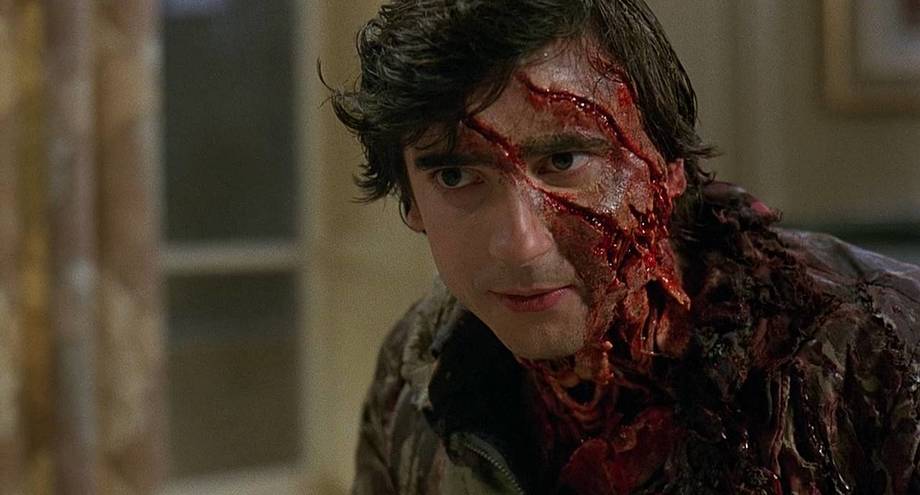 Join us on Friday, October 7th at 7pm for a FREE screening of An American Werewolf in London (1981).

An American Werewolf in London tells the story of two American college students who are attacked by a werewolf while backpacking abroad. One of them is murdered by the werewolf, yet the local townspeople are unwilling to acknowledge its existence. The surviving student, David, is haunted by dreams and apparitions of both his friend and the werewolf as he struggles to distinguish fantasy from reality.

Friday Night Films @ The Lab’s educational emphasis is on the investigation of works by innovative filmmakers. John Landis’ An American Werewolf in London took home the inaugural Academy Award for Outstanding Achievement in Makeup, and its special effects were revolutionary at the time of its release. Despite having a director more known for comedy than horror at the helm, the film has gained a cult following over time, and is now considered one of the all-time classic horror films.