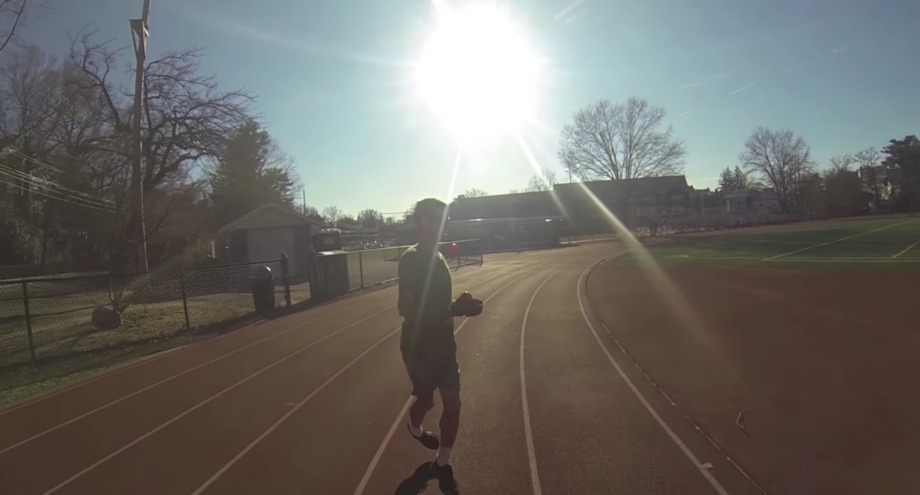 Just two months after I began working at the JBFC, I received word that students from my alma mater, Bronxville High School, would be coming to the JBFC Theater for a Classroom to Screening Room “clipshow.” Elated, I volunteered to help out with the event, particularly since two of my favorite teachers from high school, Mrs. Agarabi and Mr. Klurfeld, would be the chaperones that day. Students enjoyed a number of films during the Clipshow, including the New York Times short documentary Slomo. While it was fantastic just to help out and catch up with my former teachers, it turns out I wasn’t the only one who left that Classroom to Screening Room event with a renewed sense of creative energy.

Checking in with Mrs. Agarabi nearly a year later, she informed me that her students had produced a documentary after their trip to the Burns! Inspired by the style and subject matter of Slomo, Mrs. Agarabi's students created their very own short during a unit on documentary film, as part of their English curriculum (a unit I graduated too early to enjoy, much to my chagrin!). Following in the footsteps of Josh Izenberg, director of Slomo, the students focused on the “Joggler,” a famous face around Bronxville known primarily for running road races—including marathons! —while juggling. Check out the Bronxville students' film below:

Watching this video made me swell with pride, both for the caliber of work that students and teachers from my former high school were producing, and to see how the JBFC’s “Viewing and Doing” ethos operates in the real world. To think that these high school students took their viewing experience at the Burns and turned it into a “doing” experience by becoming filmmakers themselves is truly fulfilling. It is always wonderful to see students throughout the NY Metro area and beyond make the JBFC’s media literacy goals a reality, but to see students from my former high school benefit from these resources is truly a privilege.

To learn more about Classroom to Screening Room, visit our Schools & Teachers page. Want to learn how to incorporate "viewing and doing" into your classroom? Check out our Image, Sound, and Story media literacy curriculum and professional development program.