From Co-op To College 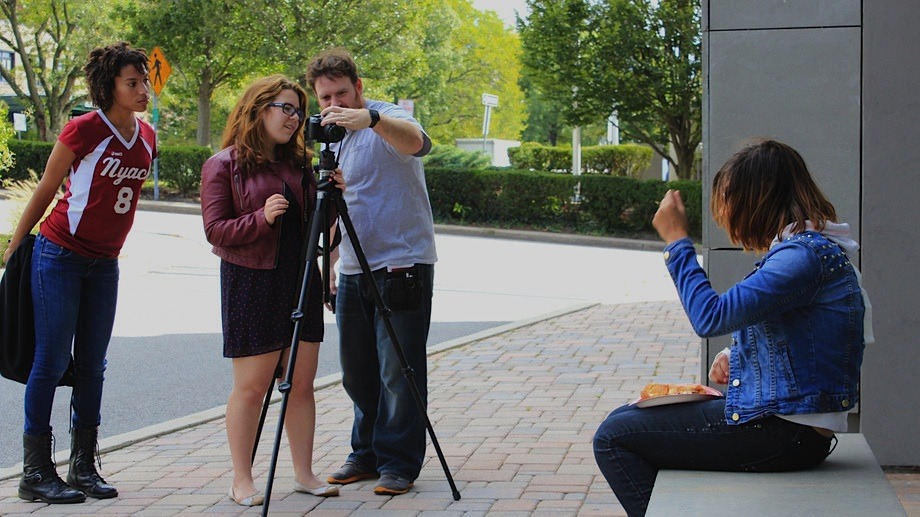 It’s that time of the year: the trees are finally green, the flowers are in full bloom, and college acceptance letters have gone out to thousands of eager high school seniors across the country. For most, it’s a time to celebrate the culmination of years of hard work. Our Creators’ Co-op students are no exception. After many semesters of crewing on short films and taking workshops in cinematography, screenwriting, sound mixing, and post-production editing (just to name a few) these high school filmmakers certainly have reason to celebrate the end of another school-year.

This spring Creators’ Co-op wraps up its fourth semester and simultaneously salutes another graduating class as they head off for bright futures. It thrills us to know that many have chosen to pursue film in their continued studies. In fact, two such students, Andrew Muhart and Lily Harty, are heading to some of the most prestigious film programs in the country! The JBFC is proud to announce that this fall, Andrew will be attending NYU’s Tisch School of the Arts and Lily will be at USC’s School of Cinematic Arts. With dreams of continued movie-making, both have chosen to study Film and TV Production.

Lily and Andrew have been familiar faces here at the Media Arts Lab and at the JBFC Theater for a while now, both as students and Teaching Assistants. Over the past few years, they have undeniably become a part of the JBFC family. When asked about their experiences as Creators’ Co-op students, Lily and Andrew both spoke fondly of their time at the Media Arts Lab. They credited their JBFC mentors with helping them grow and learn, and both expressed their gratitude for the opportunities the JBFC has afforded them. Andrew explained that he really appreciated the individualized guidance and attention of the Creators’ Co-op instructors: “…it’s nice to have a critic who cares about you and your work.” Lily talked about how much she enjoyed being a part of a community of like-minded peers: “…some of my best friends, I’ve met through Co-op.” Both discussed the value of having access to the Media Arts Lab’s equipment, software, and state-of-the-art facilities; and each said that the JBFC has greatly helped them to discover their love for filmmaking.

As Creators’ Co-op and our Spring 2014 semester come to a close, we say goodbye to Lily, Andrew, and many of their fellow peers. NYU and USC are lucky to have these two incredible filmmakers and the JBFC wishes all of our graduating Creators’ Co-op students continued successes. Congratulations to the class of 2014!

_________
*Not part of the class of 2014? Have no fear: Creators’ Co-op will be back this fall! Join us at the Media Arts Lab this summer on July 24 at 5:30pm for a tour and information session about the program. Fall 2014 registration will open in July. Check out our website to stay up-to-date on all the latest news and events at the JBFC!