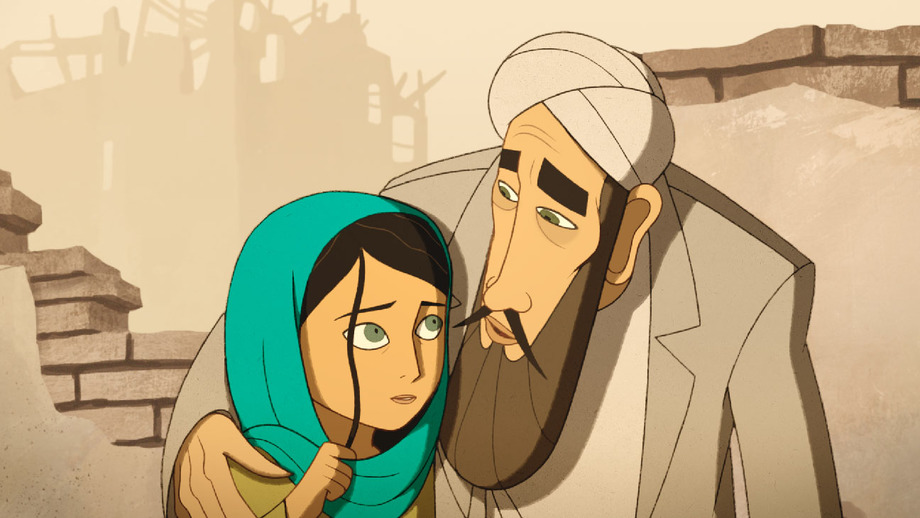 The Breadwinner is a 2017 animated film about Parvana, a young girl in Taliban-controlled Afghanistan whose father is unjustly arrested, so she must dress as a boy to support her family while they try to find and save her father from prison. The film is directed by Nora Twomey, who most notably was previously a co-director on the movie The Secret Of Kells in 2009.

This movie’s strongest point is easily its animation.  Rendered in beautiful traditional animation, it’s a breath of fresh air from the typical 3D animation so dominant in America today. The stylized art direction does wonders for the storytelling, distinguishing time periods with unique art styles, but with consistently impressive and smooth animation.

The voice acting can be lackluster at times, but the weaker performances are small roles and it doesn’t detract from the experience to the point that it would hinder one’s enjoyment of the movie. This movie is an emotionally resonant and touching story told through a unique and interesting animation style and gets an easy recommendation from me.

Shea Stevenson is a High School Student Critic for the JBFC’s Education Department. He attended a screening of The Breadwinner at the JBFC Theater in December. Stay tuned for future film reviews from Shea!