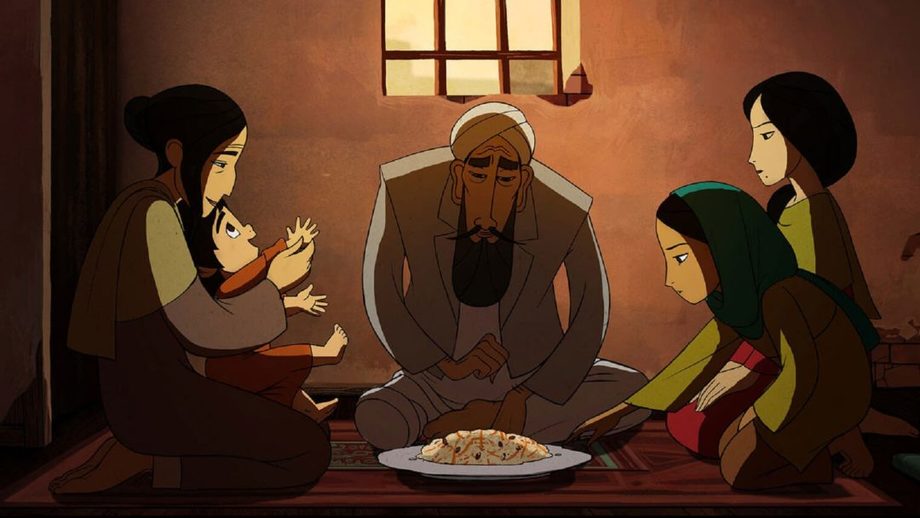 The Breadwinner, directed by Nora Twomey, tells the interesting story of Parvana and her life in Taliban-controlled Afghanistan. Living in poverty, Parvana and her injured father frequent the market to sell what little they have. Despite their living conditions, the family is comforted by the vivid stories told by their father. After Parvana's father is violently arrested because of his contraband books, she and her family are left in a state of limbo, as the Taliban rules prevent women from going outside alone. To provide for her family and to get her father back, Paravan disguises herself as a boy to find work where she can.

Created by the people behind such works as The Secret of Kells and Song of the Sea, The Breadwinner’s mixing of art styles greatly adds to the film. As parallel fantastical stories are told, uniquely animated silhouette paper-like animation is used, matching the fantastical story. Despite the playful animation, The Breadwinner addresses more mature themes as the oppressive laws and mentalities against women are uniquely exposed. As Parvana sees interactions as both a male and a female, the disparity between the two become blatant. Her coming of age is also beautifully developed as the word "breadwinner" represents not only her ability to provide income for her family but her newfound independence and her continuation of the storytelling her father so dearly loved.

Caleb Feinstein is a High School Student Critic for the JBFC's Education Department. He attended a screening of The Breadwinner, which played at the JBFC Theater in December. Stay tuned for future film reviews from Caleb!