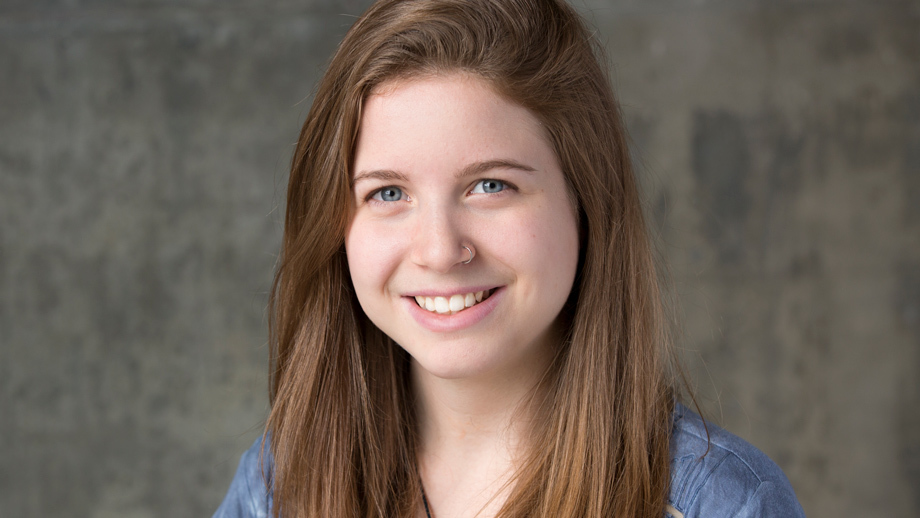 Moving back home after college can be dreaded by some, but I have to say- life has been pretty good! I stayed an extra year in Ithaca, NY after graduating in May 2015 from Ithaca College, mostly to delay the feeling that I’d graduated. I also worked with an incredible local production company, PhotoSynthesis Productions, on a few feature documentaries that are slated for release this year. When I moved back home, I knew I wanted to be involved with Jacob Burns in some capacity, and I’m happy to say that I will be the inaugural Sally Burns Shenkman Women in Film Fellow for the fall of 2016!

During my fellowship, I will be working on a short mixed-media documentary about two Holocaust survivors in their 90’s, Kitty and Ellen, whose memories and reflections reflect issues we encounter in today’s world. I want to use different mediums such as illustration, motion graphics, and animation to bring their stories to life. Kitty and Ellen will tackle heavy topics, but their stories boil down to friendship, humor, and sex.

I’ve been working on this project for the past few years (filmmakers…you know how that goes) and this fellowship will provide me with the opportunity to finally finish it. Yay!

I’m also excited to be a part of the first-ever Creative Culture class, which is basically a senior thesis course with a whole bunch of other talented and creative young filmmakers.  While at Ithaca College, I was a Documentary Studies major. I first got hooked on nonfiction filmmaking when I realized that a medium I used for expression could also be used for social impact. It blew my mind.

I’ve worked on documentaries with topics ranging from a man who spent 20 years in prison, to a traveling abortion doctor. For my senior capstone class, I was put into a random group of 6 people and tasked with completing a 15 minute documentary together in three months (thankfully, we all love each other now). The class, entitled Documentary Workshop, is notoriously known to clear schedules, so the next thing I knew I was leaving class on Fridays to drive down to Texas in a packed car. We followed an abortion doctor through areas of Texas where anti-abortion laws closed down nearly all of the clinics, forcing providers to fly to do their work. We were so interested in the fact that even abortion doctors had to travel for their jobs, despite fierce anti-abortion stigma. Part of what I love the most about documentaries is learning new things about yourself and the world as you film and meet new people. We went into the film thinking we would just follow an abortion provider, but all we became deeply entrenched in the issue of reproductive care.  All of our trips to Texas and late nights paid off, as our group received a Student Emmy award for the final film, The Provider,  which screened at festivals including SXSW 2016.

After a few years of traveling, it’s really nice to connect with the local film community at Jacob Burns, and I’m so excited about forging new relationships with such a creative group of people.  If you hear strange laughter coming from editing suite two, don’t be alarmed and please say hi!  I’m most likely taking an editing break by watching a cute animal video.

Want to see more of Leah's work and support local film?  View and vote for her entry for the Sundance Ignite Fellowship, Putting the Fire Out, here.

Leah Galant joins the Burns this fall as both a member of our Creative Culture Initiative, and as our inaugural Sally Burns Shenkman Women in Film Fellow.  We could not be more excited to see what she does next - stay tuned for updates as her project develops!