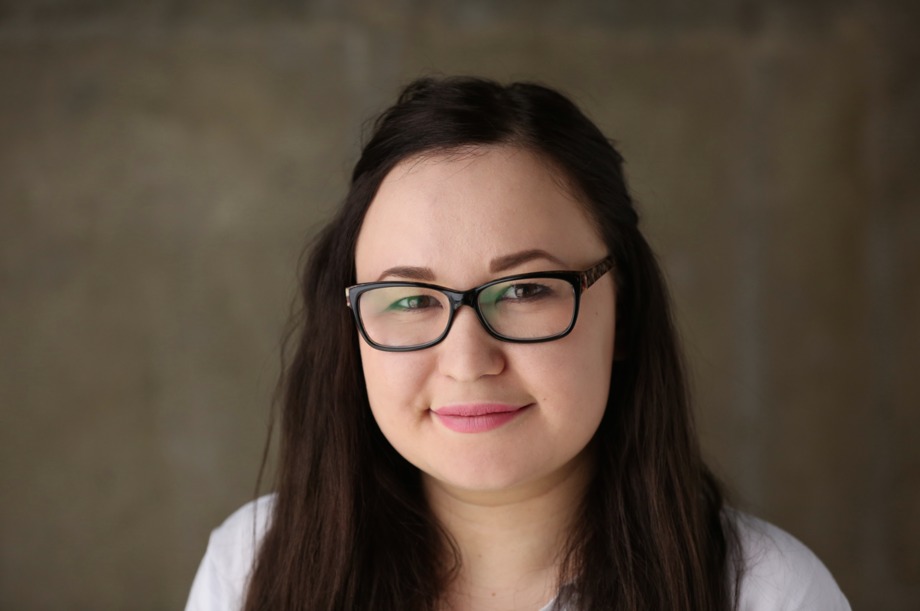 I was always the kid with never ending inspiration. I never thought, “what I am going to use this for?” – I just liked creating a good story. My mom thought I would be a journalist, or an actress. Growing up, in Perm City, which is located in the European part of Russia, my life was challenging because of my family’s ethnic uniqueness. Born very mixed, my paternal grandfather came to Russia at 22 years old from China and married my Russian grandmother; at the same time my maternal grandfather, a good boy from a Jewish family, married my other Russian grandmother.

Then chance, fate, or maybe God brought my parents together and I came into this world. Watching three cultures, three religions, and the world around me, they called me an old soul. All of this diversity made my young, but big imagination bigger every day. Some people list their favorite filmmakers when crediting their biggest influences. Eventually, I’ll do the same; but for now, my most important influences where my Chinese grandfather- always holding camera in his hands, my Jewish grandfather- reading newspapers in the morning, and my Russian grandmothers with heir hearts of gold. I grew up playing violin, swimming, and learning the craft of acting. As a kid, I even perused a career as a professional full-time theater actress. Eventually I discovered movies, and found in them a mix of everything I loved.

When I was 11 years old my life took an unanticipated turn. My mother was held hostage by terrorists during the very famous Nord-Ost siege. After the terrifying experience of almost losing the most important person in my world, I took on a new dedication to the importance of storytelling. I began to experiment with directing and really grew to love being in charge of story development. Moreover, I knew that I wanted bring messages to the world the same way film always brought them to me. All my experiences left me with so much to talk about. I’d found my favorite language: the visual one.

For the next few years, my mother and I traveled the world, eventually settling for a bit in France. At 17, I began to study law. My mother, a financial director and a lawyer herself, had firm arguments that this type of education would help me in the future. While in law school, I returned to the stage and began dancing professionally. Additionally I began to make professional music/dance videos. This led me to more travel and I visited many countries during this time.

After several years, I was sure that I wanted to be a filmmaker and, precisely, that directing was my dream. I felt confident, and was beyond excited whenever I got a chance to build a story. My most important film-school lesson came from my mom. She told me, “If you want to be a great director you have to learn about everything that surrounds you. Even if you’re not going to be a Director of Photography or a boom-pole operator, you need to know what they are doing and how.” I will remember her words for the rest of my life. I took her advice seriously and began to study all the aspects of filmmaking. Soon I could write, cast, shoot, score, and direct my own film on a very basic level.

At 19 years old I visited the United States for the first time. I went to Los Angeles to study at the Education First International School for foreigners. At that time I did not speak English at all. In the end, I’d spent 9 months in L.A., learned the language, and wrote a few bad and one good script. However, upon returning to Russia I found a turbulent political situation. Tempers were flaring and there was hostility brewing. In short, my “non Slovenian” look put me in danger. But I was still making films and began to work as an English First coordinator for kids who want to learn English like I did.

However, nothing really satisfied me in the Russian film industry and I began to think about my dreams and goals. I began to realize that I wanted to receive a filmmaking education in the United States. Thanks to my mom’s support, I returned to the United States and started attending Westchester Community College to get a degree in Digital Filmmaking. Since then my life has changed, in many ways. I’ve learned how to live by myself in a different country, dealing with the difficulty of adapting to a new language and culture. But these challenges always seemed small compered to the education I was receiving. I was lucky to have caring, intelligent and strong professionals around me throughout my journey, always giving me the strength to power through.

This spring, my filmmaking dreams continue at the Jacob Burns Film Center where I will be the Emerging Artist Fellow for the next few months. I am so happy to be receiving an education in the United States, as many of my favorite directors are Americans: Stanley Kubrick, Darren Aronofsk,y and Ridley Scott. This semester I will be creating a short, 30 min. film. It’s going to be a psychological thriller that explores one of the drugs of 21st century- cell phones. As my base I’ll be using the story of Alice in Wonderland. I hope to bring all my experience, knowledge, and heart into delivering this story to the world. In the end, this is what I’ve always dreamed of!

The Valentine and Clark Emerging Artist Fellowship is made possible thanks to the generous support of the Westchester Community Foundation, a nonprofit community endowment for the benefit of Westchester County.

Applications are now being accepted for our Summer 2016 semester Fellowship. Apply today!