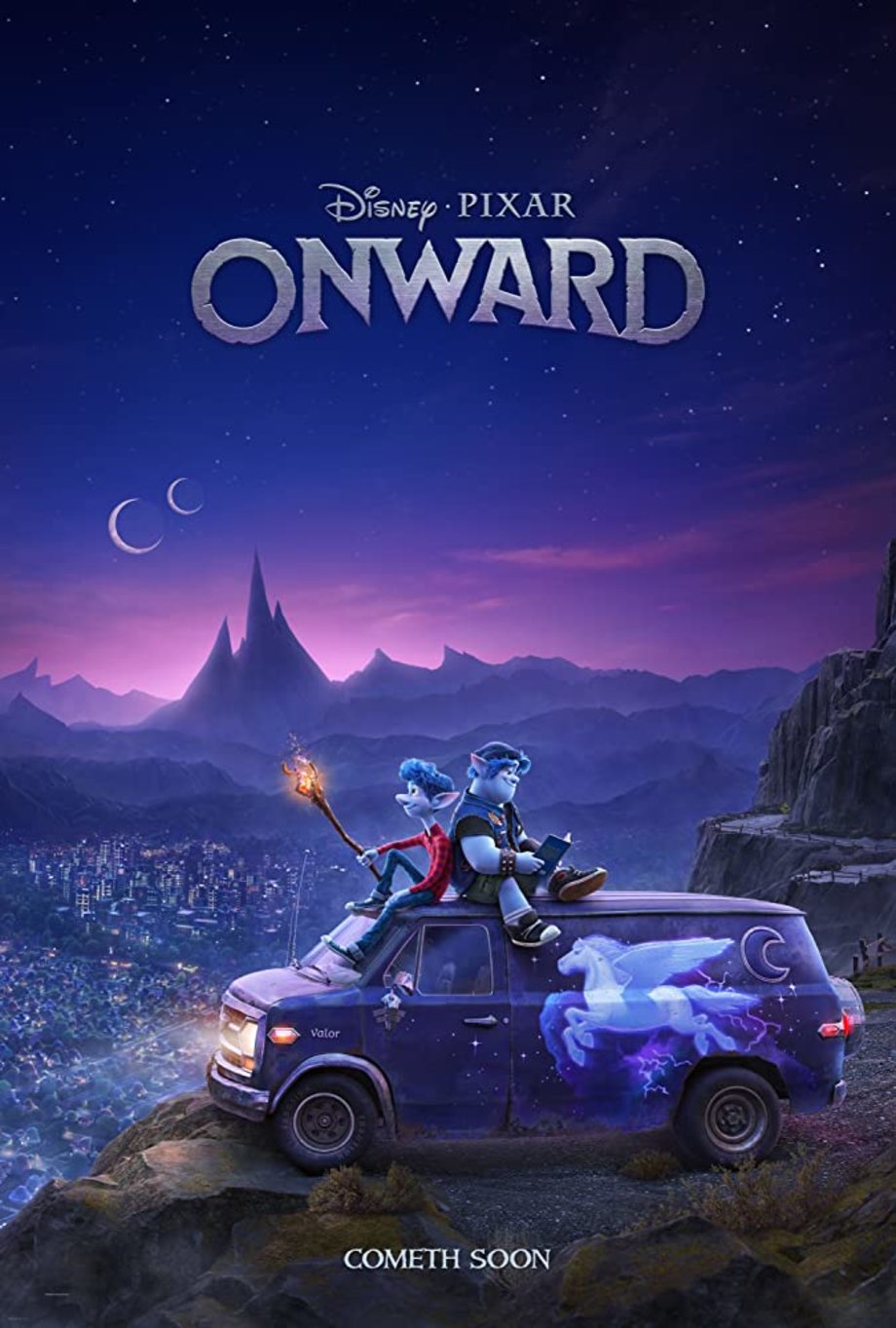 In 2016 Pixar President, Jim Morris, excited millions when he informally announced, in an Entertainment Weekly article, that the studio would return to its roots soon with more original stories. “Everything after Toy Story [4] and The Incredibles [2] is an original right now,” said Morris in the article. A year later, Pixar announced a “suburban fantasy world” film at the D23 Expo and on December 12, 2018 Pixar formally announced that Onward would be the first of those new originals.

So with all that preamble, and four years of excitement about new original work, it was a bit ironic, and a bit sad, that Onward relied so heavily on the borrowed culture of tabletop gaming and action set pieces ripped straight from Indiana Jones. After a glut of sequels, and whatever the equivalent term is for the 4th installment of something, I would have hoped for a little more originality in Pixar’s newest “original” story.

The standard is high at Pixar, but I think they do just enough here to earn their trademarked emotional ending. It’s a fine romp that could have made a bit more use of the mythic histories of the creatures they populate their world with. A little wordy for the younger crowd, I think Onward is good for ages 7+. Unless they’re a student of the 80’s blockbusters, there’s enough “new” there to engage and entertain.