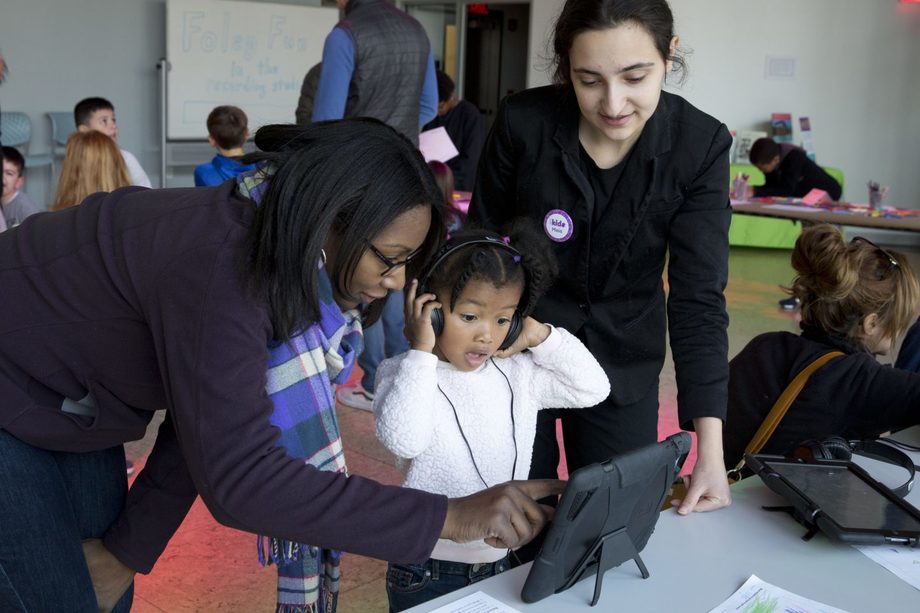 Film and animations not only have visuals, but they also rely on SOUND to bring the story world to life. Filmmakers will bring in people to specifically create and add sounds in separate audio tracks. This process of adding sound to a film after it’s been shot is called foley. A person who creates these sounds is called a foley artist.

Create your own soundscape by drawing a picture in a different setting with the option of creatures and/or humans doing an activity. Make it come alive by adding ambient sounds, or sound that you would hear in this setting. For example, if you drew a beach scene you might make sound effects of waves, a seagull, and children laughing while playing in the sand.

1. Draw a scene in one of these three locations or somewhere else!

Tip 1: Include action in your story scene!

2. Take a picture in iMovie by tapping on the Camera button and selecting the Photo mode.

3. Record at least three sound effects that would come from your world.

4. Line the playhead (white vertical line) over the place you want the recording to begin.

6. When you’re ready, tap Record and then again to stop.

Tip 2: Want to add pre-recorded sound effects? Visit freesound.org, search for any type of sound, download it onto your iPhone or iPad and import the sound within iMovie.

Take a look at these works done by kids at our various JBFC Kids events.

Go Behind the Scenes of Foley:

Watch how foley artists create sounds out of the different objects.