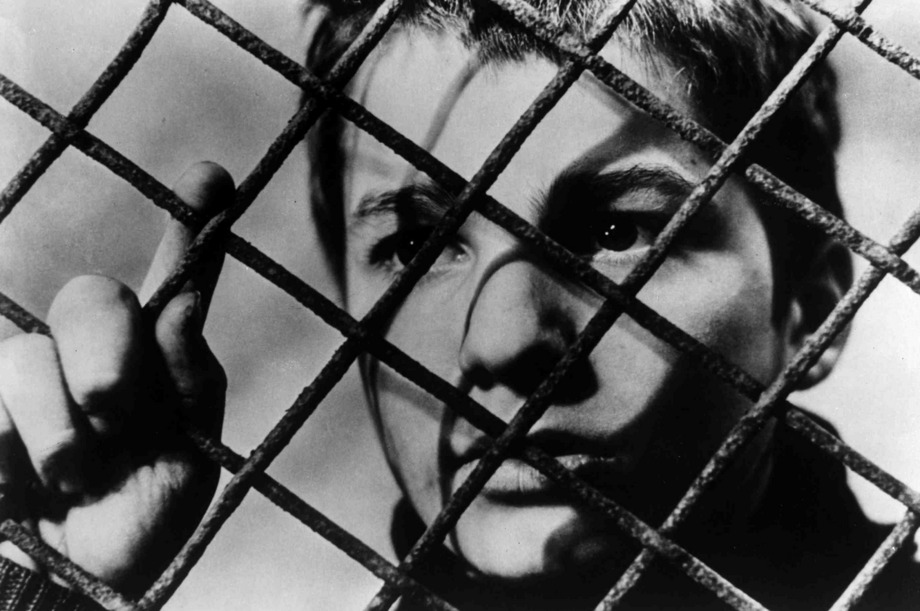 Michael Tu is a current student in our Spring 2015 Cinemania course for 7 & 8 grade students. Here is a review he wrote for The 400 Blows, which screened as part of the course this semester:

The French film, "The 400 Blows" should have REALLY kept its 'rough' translated name of :"To raise hell", because that makes so much more sense. The title The 400 blows might be thought of covering the topic of corporal punishment of the domestic variety, but this film is really about one bad kid's (Antoine) tumble into a life reminiscent of hell and his desperate attempts of ascending back into a life of 'heaven'. This film, simply embodies the French New Wave, in the way of its focus on a young adolescent loner, rejected from society, and its message of free will.

The director, Francois Truffaut, sneaks in many themes of the story into seemingly random places, particularly in the setting of Antoine's school classroom. For example, the poem "The Hare" is a poem that focuses around a main motif of something like " the worst form of freedom is still better than a life of slavery". This directly correlates to the film's main message. Although, through Antoine's brash actions, he effectively raised hell and slavery not only within his home, but also in the form of a juvenile correctional/ delinquent facility; he tries at every whim to reach a life of freedom.

In the film there is also a big running motif, his dad even said it at the beginning of the movie "you're always running from something," and indeed what his father said is true, he is always 'on the run'. Through every stage of the book, he's running away from school, he's running away from his problems, he's literally running away from the authorities in some places, he's always running somewhere. This represents another message the French New Wave has to offer, the theme of "running away"from the norm. It represents running away from what is accepted and what is considered 'right'. This is a case of a misguided youth, this is not a correct course of action per se, but it is to be blamed on the parental and leadership leaders during his youth years. So, in my opinion, the parents should be equally liable for his crimes.

Overall, this movie is only held back by the fact that the acting is not totally spot on. Although this is a very organic and 'good' problem, the movie was limited by the actors included in it. But, overall this is an organic problem, directly correlating to the film's highly organic and original casting process. All in all, a very subjective movie, that can be observed in many different ways. You could say that what Antoine did was very natural for a young child, but you can also say that what he did was totally unwarranted and what punishment he received was just and called for. This is what is very interesting about this film, it is open to intepretation. My score: 7.5/10