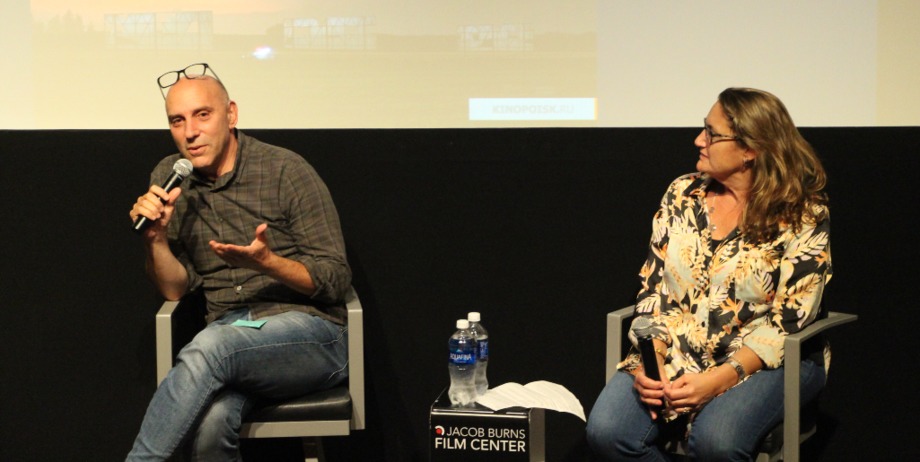 As an added benefit of engagement with our Image, Sound, and Story media education curriculum, educators who participate in our professional development program regularly receive complimentary tickets to screenings, talks, and events at the JBFC Theater. One of our Image, Sound, and Story teachers, Bill Sweeney from Lincoln High School, is currently in his second year of curriculum implementation. As part of the Image, Sound, and Story Community Gatherings, he recently attended a “TIFF Download” with JBFC programmers, which afforded audience members an insider’s perspective on upcoming films, the festival-going experience, and awards season. Read on for a first-hand account of the event!

"Recently I attended an event at the Jacob Burns Film Center, “An Evening with JBFC Programmers: TIFF ’17 Download,” wherein three film programmers discussed with enthusiasm their favorite films from the recent Toronto International Film Festival (TIFF). Director of Programming Brian Ackerman, and long-time programmers Karen Goodman and Andrew Jupin, are in the process of determining which films from TIFF they will try to show at JBFC this year. They shared that they saw four or five movies a day at the festival, which "was like an emotional roller coaster." They discussed their fifteen favorite films, most of which were paired with their trailers. We were in Theater 4, and the audience seemed to have done this from time to time. As a newcomer myself, here were my main takeaways:

---------------
Want to know more about our Image, Sound, and Story media education curriculum and how to become a part of the community? Click HERE for details on the program, and then explore our professional development opportunities. As always, you can contact us at education@burnsfilmcenter.org for more information.