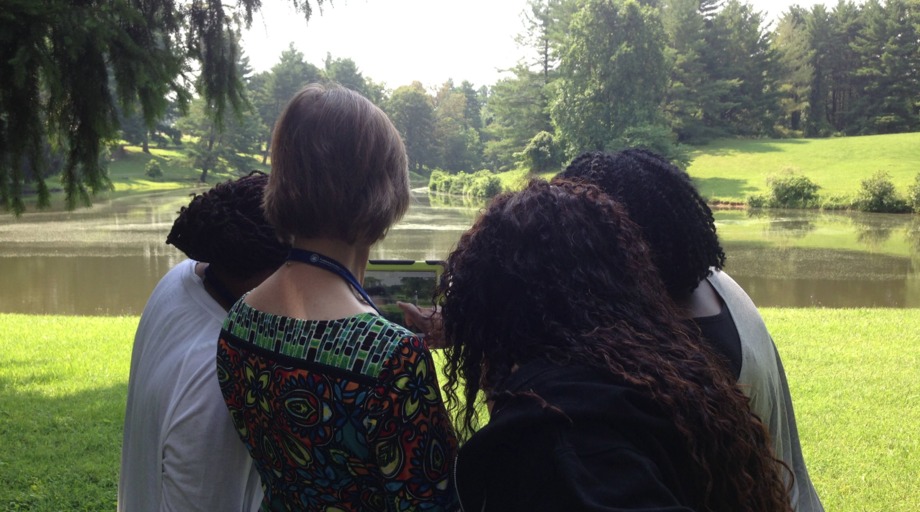 The JBFC had a unique opportunity last week to bear witness to a story unfolding around the country that challenges every defeatist attitude about closing the achievement gap: Turnaround Arts, a public-private partnership under the auspices of the President’s Committee on the Arts and Humanities (PCAH).

Turnaround Arts, entering its fourth year, is the first federal effort to support the use of arts education in the targeted improvement of some of America’s lowest performing schools, testing and proving the hypothesis that arts education offerings provide schools with powerful tools to improve school climate and culture, increase student and parent engagement, and ultimately improve student outcomes. It’s working. I know this not because I read their “Summary of Key Findings,” but because I shared meals, sat around tables, and watched women’s world cup soccer with teachers and administrators from around the country who are seeing the classrooms and hallways of their schools come to life with creativity and joy.

We could not have been more honored to be asked to present at the Turnaround Arts Annual Leadership Retreat in Airlie, Virginia. My colleagues Edie, Aaron, Sean, and I led two workshops that marked the first time Media Arts have been represented in the gathering, one based on our Focus on Nature program, and the other on Image, Sound, and Story. Our participants were teachers and administrators from the lowest 5% performing schools in the country- from the urban streets of Brownsville, Brooklyn to a Native American reservation in northern Minnesota. They hungrily and passionately engaged in the practice of “viewing and doing” and espoused their aspirations to bring these new tools to their students in the coming year. We can’t wait to see it.