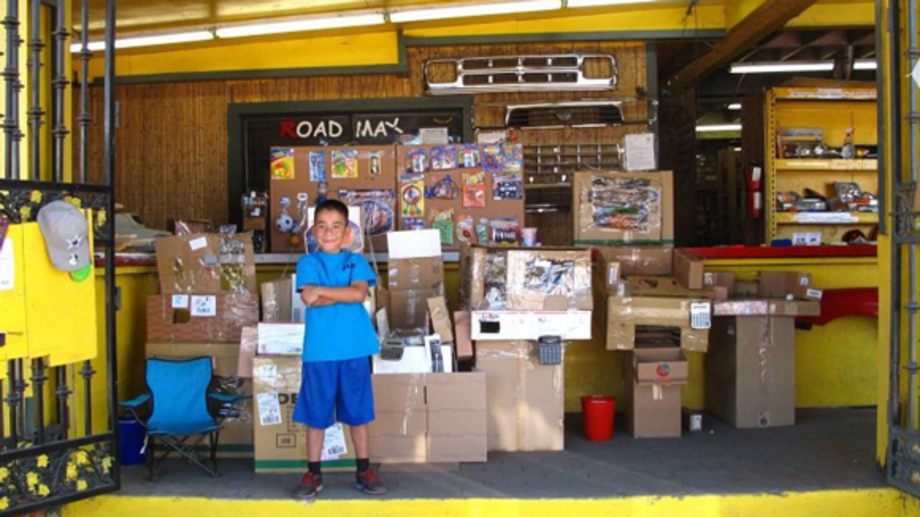 9-year-old Caine Monroy spent his summer vacation building an elaborate cardboard arcade inside his dad’s used auto parts store. The entire summer went by, and he never had a single customer. But Caine didn’t give up. Then, on the last day of summer, filmmaker Nirvan Mullick walked in by chance to buy an auto part for his car. Caine asked Nirvan to play, and, well, watch Caine’s Arcade and Caine’s Arcade 2 to see what happened next…

Why the JBFC recommends it: We love this film as an introductory experience to documentary for elementary age kids. The story involves the filmmaker, demonstrating how a young person can inspire someone to make a film and tell their story, and how that has the potential to change both of their lives.

This 11-minute short film directed by Nirvan Mullick became a global phenomenon in 2012, with over 10 million views online. It received international media attention and was added to MoMA’s permanent collection. The filmmaker set up a scholarship fund for Caine as part of the film, and to date over $240,000 has been raised for Caine to go to college.

After the film, here are a few questions to ask your child:

Feeling inspired to create your own Cardboard Arcade this summer?  Check out the Cardboard Challenge for more info!