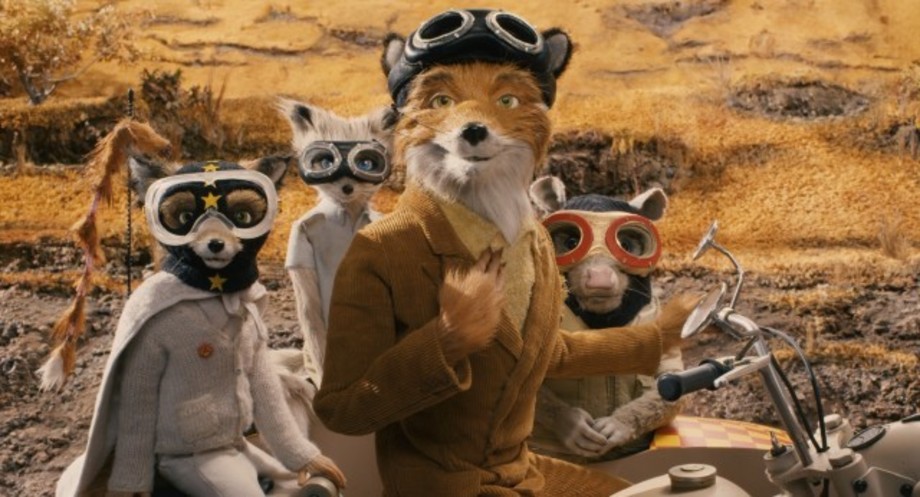 Up on a hill, in a base of tree, Mr. and Mrs. Fox live a happy and comfortable life with their son Ash. However, Mr. Fox soon slips back into his old animal ways and starts to steal chickens and other delicious foods from the farms close by. Fed up with the antics of Mr. Fox, the evil farmers—Boggis, Bunce, and Bean—set out to capture him, resulting in a thrilling showdown between humans and animals.

“What’s this thing you do, the clicking and the whistling?” “Oh that? That’s by trademark.” Mr. Fox turns stares into the camera and clicks and whistles with a charming wink to the audience. This is just one of many humorous little jokes both children and especially adults will enjoy. The iconic film director's, Wes-Anderson-look is celebrated in each frame; from camera movement, symmetrical framing, color schemes, props and costuming to the dry humor. With such detail, you will find yourself totally captivated by the sets and marvel at the ingenuity and patience it took to animate using stop motion these unforgettable furry friends.

Director Wes Anderson chose to record the voices outside rather than in a studio. That meant bringing the voice actors, George Clooney, Meryl Streep, Jason Schwartzman and others to the forest, in a stable, and even underground!

While watching the film, notice the following: