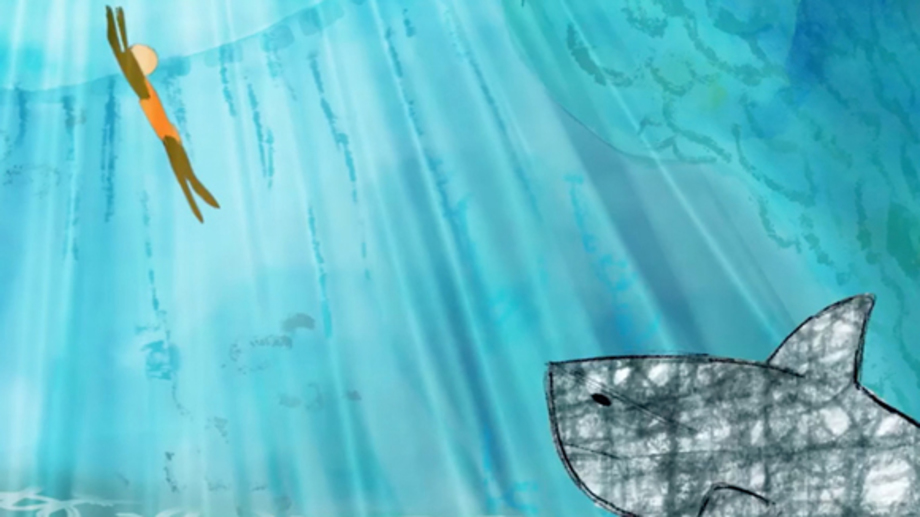 In the film The Deep End, the main character Kylie is afraid there are sharks in the deep end of the pool.

Why the JBFC recommends it: Many stories are designed to lead up to a climactic moment when the audience is riveted and the tension in the story is at its highest point—the dinosaur is attacking the city, the climber is hanging off a cliff with three fingers, or the basketball is headed towards the hoop in the final seconds of a tie game. The climax of a story is the most interesting and exciting part for an audience. This film is a great tool for teaching kids about the concept of a climax in a visual story.

The Deep End was made by Aphton Corbin while she was in her third year of college at CalArts. She is now a storyboard artist at Pixar who also creates her own comics.

Want to practice writing your own climax for a story?  Take a look at the incomplete storyboard below. What do you think will happen next? Finish the storyboard by completing the final two frames.