Week One: Summer @ the Lab 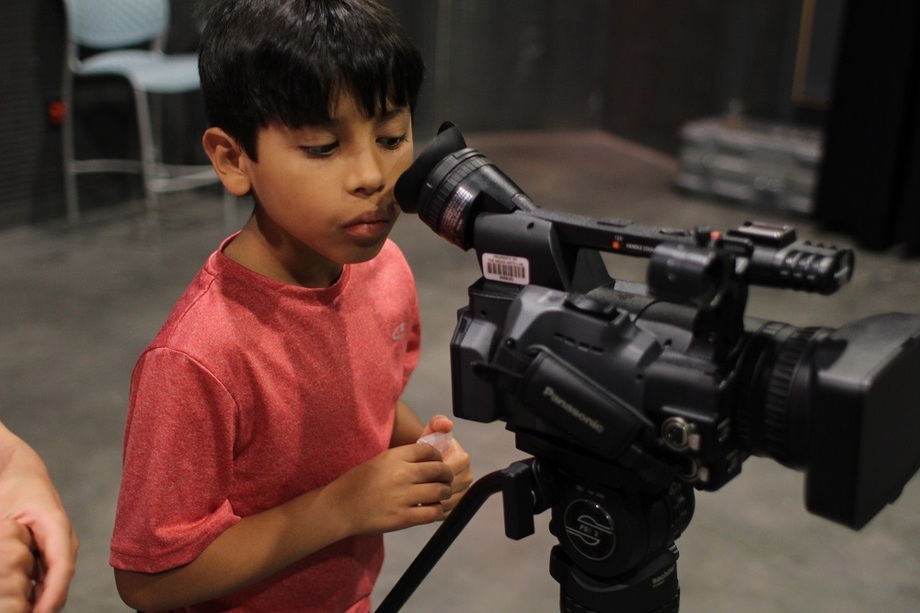 The week kicked off with a morning lesson from acting specialist, Mike Williams who taught us some fun improv games. We learned about working off the energy of other actors. As the week progressed, we moved on to storyboarding, scene-writing, and scripting some original films. Towards the end of the week we began shooting and editing some video footage.

Our first three days of Lab Camp were spent in the animation studio with professional animator, Greg Nemec. We did some stop-motion animation projects and moved on to learning about hand-drawn, frame-by-frame animation. We even tried our hand at rotoscoping! Using a program called Dragonframe, we made some original Claymation films and in the process learned about frame-rates, using and understanding transformations, and communicating emotion through character movement and shot type.

We began our week in the recording studio with specialist Mike Schneider who taught us that sound is an important storytelling element. To explore the concept (and the recording studio) we made some mock radio advertisements! As the week progressed, we learned about the fundamentals of game design by creating a giant board-game where the students were the game-pieces! Aaron Mace, JBFC faculty member and Camp Director, was this week’s guest teacher. Using Kodu, he taught us about video game design. We learned about basic coding techniques and solved simple logic problems to create some original video games.

We kicked off Lab Camp by shooting action sequences with HD Cameras. Using improvisational dollies and handheld techniques, we learned how camera movement enhances cinematic action. The week progressed into a lesson on acting with specialist, Mike Williams who taught us about objectives and conflict. We did some improve exercises and rehearsed some scenes. Brady Shoemaker, JBFC faculty member, ran a two-day “Maker” workshop where we got a chance to build our own audio pick-ups for instruments. We spent some time in the recording studio turning found-objects into instruments. The week wrapped up on Thursday with some 4th of July-inspired fun! We designed and built air-pressure powered rockets, which we launched in Roselle Park.