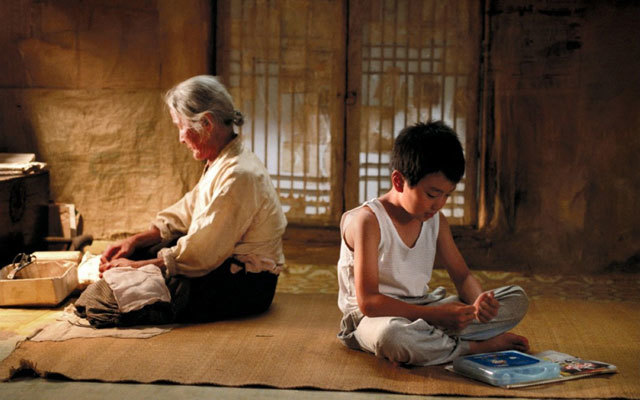 Seven year old city born Sang-woo is dropped off in the middle of rural South Korea to stay with his elderly grandmother for the summer. Upon his arrival, Sang-woo is shocked and disgusted by the country lifestyle and especially with his grandmother, a partially deaf mute who has lived in the same village her whole life. Angry and confused, Sang-woo resists the affections of his grandmother, trying to find a way to survive country life, and gradually, over time, begins to let his guard down.

Yin and Yang: In Chinese philosophy, it describes how opposite or contrary forces are actually complementary, interconnected, and interdependent in the natural world.

Juxtaposition: prefix “juxta” comes from a Latin word that means “close to.” The placing of two images side by side, in space or time.

Protagonist: leading character of a story

Dissolves: Dissolve: An editing transition when a previous shot fades into a following shot.

Mise-en-Scene: All the visual elements that are placed in a scene for the camera; this involves the set, set decoration, props, costumes, lighting. Mise-En-Scene means "putting in the scene" in French. 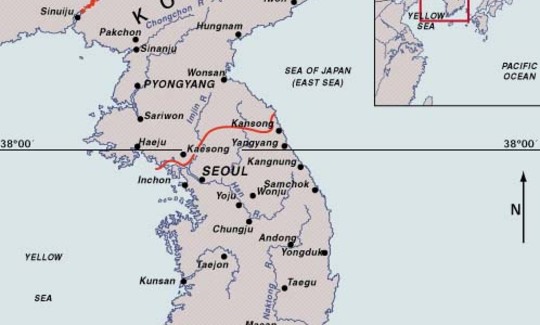 Korea, once a unified country, was annexed by the Japanese in 1910 and was occupied by that country until the end

of World War II. A “temporary” division of the country was made in 1945, with the communist North administered by the Soviet Union and the noncommunist South by the United States. Two separate governments were created in 1948, one communist and one aligned with the West in the Cold War. In 1950, the three-year Korean War broke out and ended with a ceasefire; there is still no permanent peace settlement. South Korea has prospered economically more than North Korea because of its ties to Western trading partners. The U.S. military maintains a presence in South Korea and the United States is committed to South Korea’s independence.

Since the 1960s South Korea has seen tremendous migration within the country and emigration to other nations.Within the country the biggest shift has been from farms to cities. The city of Seoul has almost one-fourth of South Korea’s population, due to this process. Today, over five times as many South Koreans live in the cities as in rural areas. Economic changes mean that sometimes factories lay off workers; and then local service workers (such as shopkeepers like the mother in the film) are also at risk. Koreans have also emigrated to other countries; today, over two million Koreans live in the United States and almost as many in China. 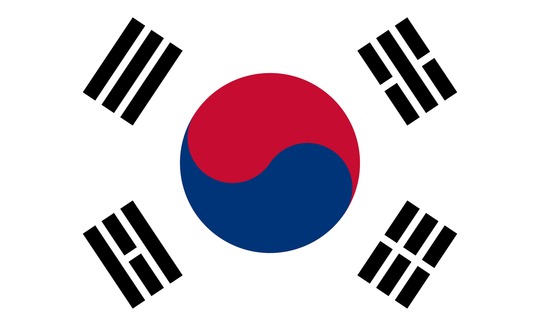 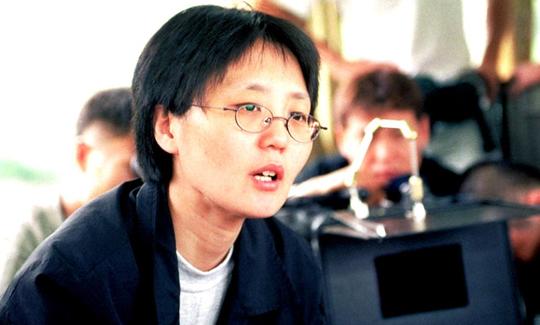 “When I was in junior high school I saw the movie Towering Inferno and I fell hard for Paul Newman. I got so much pleasure out of movies that I became a movie maniac. I thought about how I could return this happiness that I get from movies. So I thought by being a film director I could make good movies to return this pleasure. Ever since then my dream has never changed.”

Early on in Lee's life she developed a passion for film and went on to be a member of the fourth graduating class of the Korean Academy of Film Arts. She has received great acclaim from viewers and critics alike and won Best New Director at the Grand Bell Film Awards, the Blue Dragon Film Awards, the YongPyung Film Awards, and the Choonsa Film Awards.

MAKING OF “THE WAY HOME 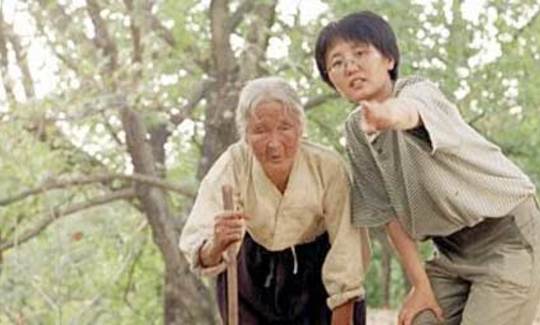 Explain to the class that our social circumstances determine how we make sense of any text – in this case, a film. (Audience’s age, gender, ethnic background, culture, and social class are some of the things that influence our interpretation of a story.)

Analyzing a Scene: Mother and Son on their journey to the country

I enjoyed this movie because of the character growth. In the beginning Sang-woo seemed to be evil born as a human but eventually he came to like and respect his grandmother. This change was slow and even when he seemed to get slightly nicer he was still a selfish brat(like with the chicken). I also enjoyed how the grandmother  had patience with him even though he was a jerk to her throughout most of the movie. I expected the grandmother to die in the end but i was more satisfied with how it turned out. It was emotional when he gave her his Cubix superhero story cards. I think the mom spoiled the kid when he was younger and should treat him with the respect he treated his grandmother, at least that's how I would do it if I was a father and my kid treated his grandmother like that. Overall I enjoyed this movie and would recommend it to others.

A very thoughtful and personal review. I agree with your assumption about the grandmother dying in the end as it is a story ploy used a lot; character learns to overcome negative feelings for someone, that someone dies in the end.