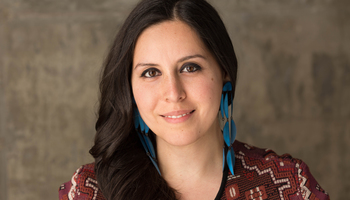 Sahar al-Sawaf is a visual artist and filmmaker from Iraq who moved to rural California as a child to escape the first Gulf War. Since then, she has traveled extensively in the Middle East with her sketchbook and camera in hand, chronicling the plight of refugees who have fled the region. Through documentary, animation, and storytelling, she sheds insight into this oft-misunderstood and opaquely veiled world. Sahar is a Valentine & Clark Emerging Artist Fellow and a member of Creative Culture, where she is working on an animated short film. 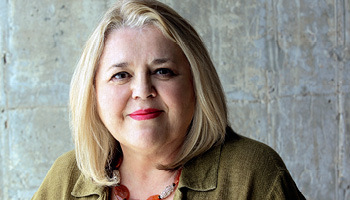 Linda was an educator in the Yonkers Public School system for 32 years. As communications/media enrichment coordinator, she designed and implemented a curriculum for the gifted and talented elementary program. Upon her retirement in 2002 she began volunteering with JBFC education programs and currently serves as a session leader for the third grade programs. She acts as board advisor on the Rivertowns Arts Council. 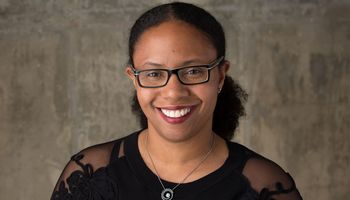 Christine joined the JBFC in 2017 as Assistant to the Executive Director. She holds a B.A in English with a minor in Journalism from Mercy College. Prior to joining the JBFC, Christine worked as an Assistant Bank Manager. Christine enjoys writing and owes her love of cinema to her Dad’s own film obsession, and also to the awesome kids movies of the 80’s. She’s a horror fan, but holds an exclusive place in her heart for Wong Kar-Wai’s Chungking Express. 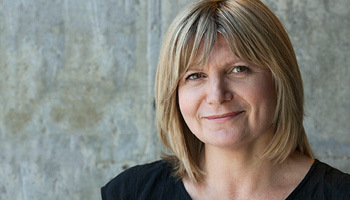 Theresa began as a film professor in the UK and has since developed curricula for the American Museum of the Moving Image, consulted for media organizations Witness and Manhattan Neighborhood Network, and worked as an instructor at BRIC and an adjunct professor at Westchester Community College and Concordia College. She has a deep interest in inspiring students to make media that advances social change. Theresa is curriculum designer for Created Equal and develops curriculum for Image, Sound, and Story. She teaches various Courses @ the Lab. 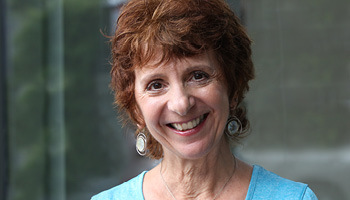 Barbara taught elementary school in the Mount Vernon City School District for 30 years. In addition to her work in the classroom, she designed and implemented new humanities and multicultural education curricula. She was a member of the Strategic Planning Professional Development Committee and Mentoring Committee. Barbara has won many awards, including the Mosaic Award for excellence in Multicultural Education and the Community Service Award from the city of Mount Vernon. She has been a session leader for the third grade programs since 2004. 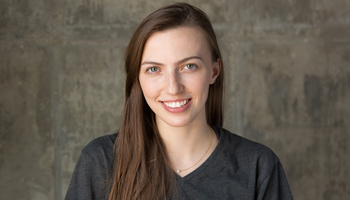 Sophia Feuer is a visual artist and filmmaker from New York. She is a 2018 graduate of Ithaca College where she studied film, fine arts, and anthropology. She has spent the past year shooting various films in Upstate New York, Germany, and Costa Rica that bridge the notions of fiction and nonfiction. Additionally, she works as a Director of Photography and has recently collaborated with fall 2017 Valentine & Clark Emerging Artist Fellow, Kerry Levielle. Sophia is an instructor for the JBFC’s Summer @ The Lab. 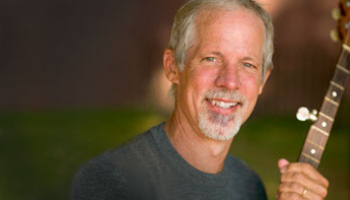 Bill is an award-winning storyteller, author, musician, and educator. He is the author of Stories in Action: Interactive Tales and Learning Activities to Promote Early Literacy. He is the Director of Expressive Arts at the Episcopal School (NYC) and the Director of the Summer Arts Institute at Manhattanville College. He collaborated with the JBFC to design Seeing Stories, a curriculum and professional development program that uses storytelling and media to foster early literacy. 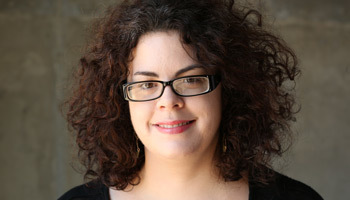 Diane is an award-winning documentarian, podcast producer, and educator. She spent nearly a decade teaching at a public high school in Brooklyn prior to earning her MFA in Documentary Filmmaking from Wake Forest University. Diane teaches filmmaking and storytelling at New York University and Westchester Community College and produces serialized audio documentaries with Pineapple Street Media, most recently contributing to Missing Richard Simmons and Heaven's Gate. Diane also works as a story and outreach consultant for independent filmmakers. 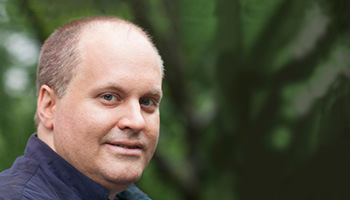 John C. Koch is a New York City-based writer/director, cinematographer, editor and photographer working in documentary and narrative film. He has made over a dozen original short films and three narrative features, with his fourth, The Red Goodnight premiering in 2018. He has taught at Jacob Burns Film Center since 2013. John is also the curator and founder of Cinema Revolution Society, an online resource for streaming cinema for international film lovers. John holds a BFA from the Minneapolis College of Art and Design. 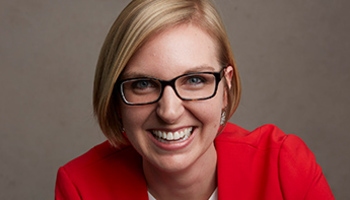 With a background in oboe performance and arts administration, Sarah has worked in a number of arts administrative capacities at various orchestras, music festivals, museums and arts education organizations throughout the country. Sarah graduated from the University of Louisville School of Music with a Bachelor of Arts in Music and minor in Business Administration and also holds a Master of Arts Administration and a Certificate in Fundraising Management from Indiana University’s School of Public and Environmental Affairs. 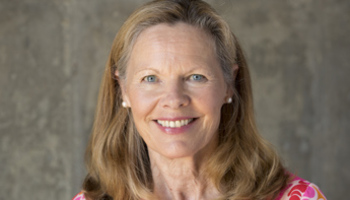 Ann joined the JBFC’s Education Department in 2009 as Registrar, overseeing registration and scheduling for public courses at the newly opened Media Arts Lab, before taking on the additional role of Administrative Director of Education. Ann is able to combine her background in accounting, conference organization, event planning, and administration management in her work at the JBFC. Ann has lived in Europe, Asia, and North and South America, working for nonprofit and corporate organizations. 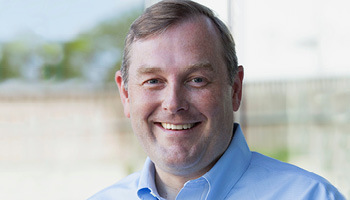 Rob is an award-winning screenwriter, director, and film scholar. After majoring in film at Hobart College in Geneva, NY, he earned his M.F.A. in writing and directing from NYU. His feature-length screenplays include the kidnapping comedy Bus 12, a ghost story entitled Dead Born, and the comic drama Side Tracks. Now based in Pleasantville, NY, Rob continues writing features and teaches screenwriting at NYU. He teaches various screenwriting Courses @ the Lab, including courses for Creators’ Co-op and Creative Culture. 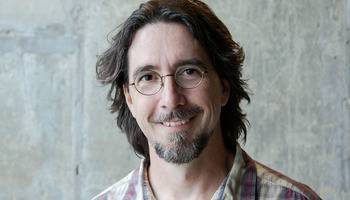 Greg is a graduate of the University of the Arts in Philadelphia. He is a freelance illustrator, author, and educator. His illustrations have appeared in educational books, magazines, and newspapers, and on posters and t-shirts. He is the coauthor and illustrator of a humor book for parents. He teaches traditional art classes for kids from preschool to college and is an instructor for a variety of animation Courses @ the Lab. 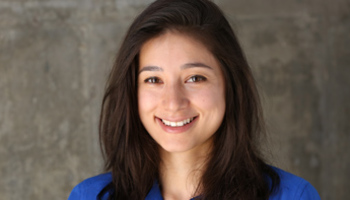 Owing her early passion for watching films to the Jacob Burns, Emily’s appetite for film stuck during college, leading her to a B.A. in Cinema Studies at SUNY Purchase. In 2018, Emily received her Masters in Educational Studies from Manhattanville College allowing her to continue finding innovative ways to effectively teach young people the power of film. Since 2010, she has been a JBFC educator who loves teaching, filmmaking, and exposing young viewers to films they never would have seen. And somehow, Emily still finds time to do yoga! 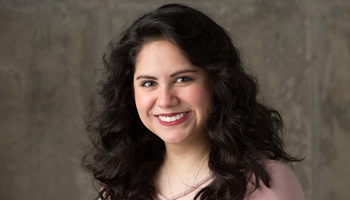 Daliza has been part of the JBFC community since she started volunteering for Minds in Motion and See Hear Feel Film programs back in 2014. She received her BA in Cinema Studies from SUNY Purchase. She most recently worked for Copper Pot Pictures as an assistant editor and translator for their documentary La Gran Madre (The Great Mother). 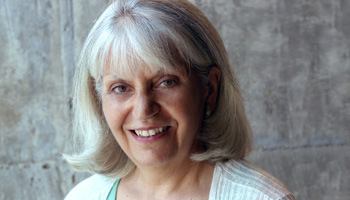 Anne Marie is an award-winning program designer, writer, and producer of educational media and national projects that nourish the best in the human spirit. With 30 years of experience, she has developed a national reputation as an author and educator whose curricula bring communities together. As founder and president of From the Heart Communications, she teaches third grade programs, as well as adult writing courses. She created the professional development course, Teaching and Technology in the Digital Age. 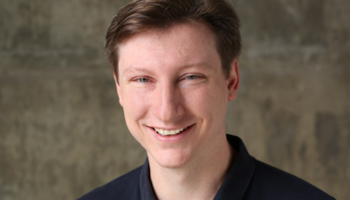 Brandon graduated Rensselaer Polytechnic Institute with a B.S. in Electronic Media, Arts and Communication. While attending RPI he interned at IBM in the Software Division. He has also designed and scored independent video games as well as being an accomplished freelance writer. He teaches various Courses @ the Lab. 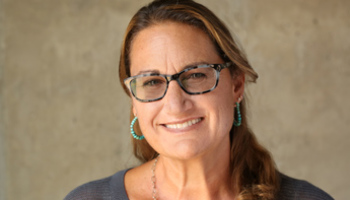 Karen Sloe Goodman has programmed films at the JBFC for over a decade, including annual series such as Focus on Nature, the Westchester Jewish Film Festival, and Sounds of Summer: New Music Documentaries, developed and instructed adult seminars, and currently curates and hosts the JBFC Preview Club. She has worked as an assistant art director on independent features, has produced, directed, and edited short documentaries, and holds both an MA in Cinema Studies and an MFA in Film Production from NYU’s Tisch School of the Arts. 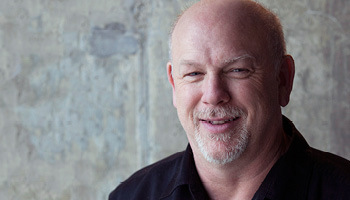 Joe is an award-winning media designer whose work has been featured on television, in print, and at venues around the country. He has developed more than 40 children’s software titles, written 35 children’s books, and lectured widely on animation theory and visual intelligence. He created the JBFC’s Minds in Motion program for fourth graders and has guided the production of more than 300 animated short films in that program. He also teaches animation Courses @ the Lab. 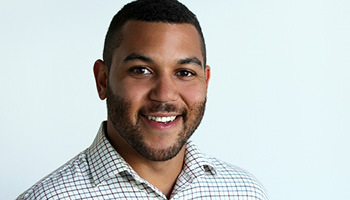 After getting his BA at Boston College, Darrel studied screenwriting at New York Film Academy. If memory serves, his screenplays included a lot of music from The Cure and Radiohead. Darrel’s perfect movie would be a musical coming-of-age story where a con artist forms a band and if he ever had to air guitar for his life, he would perform The Eagles’ One of These Nights (though he otherwise doesn’t love The Eagles.) He enjoys the links and the slopes but can always just curl up with a good audiobook. 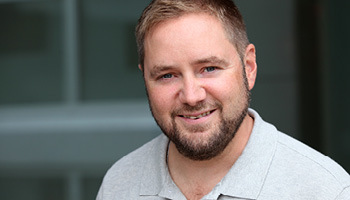 Mike is best known for his role in The Blair Witch Project. He can also be seen in such films as The Objective and Altered and has guest-starred on two Law and Order series as well as Without a Trace. He has been teaching acting to youth since 2004. He holds a B.A. in theater and an M.A. in school counseling. Mike works as a school counselor at Scarsdale Middle School. He teaches acting courses at the JBFC. Mike and his wife, Toni, also teach at their own studio in Hawthorne (www.mcwactingstudio.com) which they opened in 2016. 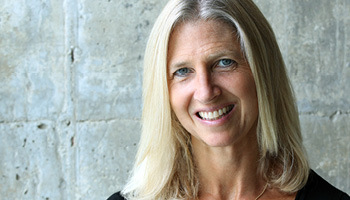 Nancy Woolf, who holds an M.A. in elementary education, volunteered with See Hear Feel Film and Minds in Motion for many years. She has taught the third grade programs since 2009.