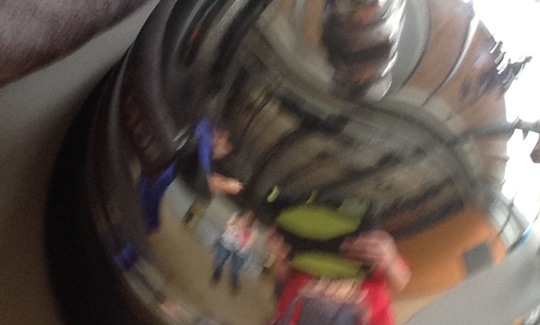 In a far land long ago ther was a fortris made awt of medel. The walls were glimring with lots of gosts that had dide at the forchris. Inside thar was bat people they wrent frendle and a little boy was wocking and it was a storm he neded a sheltr. And went into the fortris a bat saw him and to be kintinyood? The bat startid to atak. Mor bats kame they were as big as a tall gronup. But they wrent smart and the boy thot he throo rocks at them but they were to strong he was capchrd. They brot him to the chefe and was brot to to ex-a-q-ting zone. - Logan, 1st and 2nd Grade Storyville Fall 2015